Project-Loco is a project that is assigned for tracking crime activities in South Africa using data obtained from Twitter where people post information about crime or public safety incidents as they happened. Project Loco’s main objective is to understand the temporal and spatiotemporal behaviour of these incidents and to predict the future of incidents so that law enforcement can best allocate resources where necessary. Project loco builds on Project Siphon 2015/2016 DSIDE season, where data from social media (Facebook and Twitter) was used to visualise the crime incidents happening all over the country .

During the first phase of the program, Project- Loco was mainly focused on data related to hijacking incidents, they developed a Web Application that visualised crime patterns (through maps, bar graphs, scatter plots, heat maps) among other things, per Province and Municipality. The Project-Loco Team also focused on predictive models using the data they retrieved from Twitter to predict which location is most likely to experience hijackings. They further focused on predicting the spatial and temporal behaviour of South Africa’s public safety, particularly protests, using the census data and protest data from 2013-2014 (source ISS). Project-Loco visualised maps showing the locations with protests, graphs showing the spatial correlation between protest and attributes contributing to protests such as unemployment education, race and age among other things and created timeline graphs showing the temporal dynamics of each location the protest took place in. 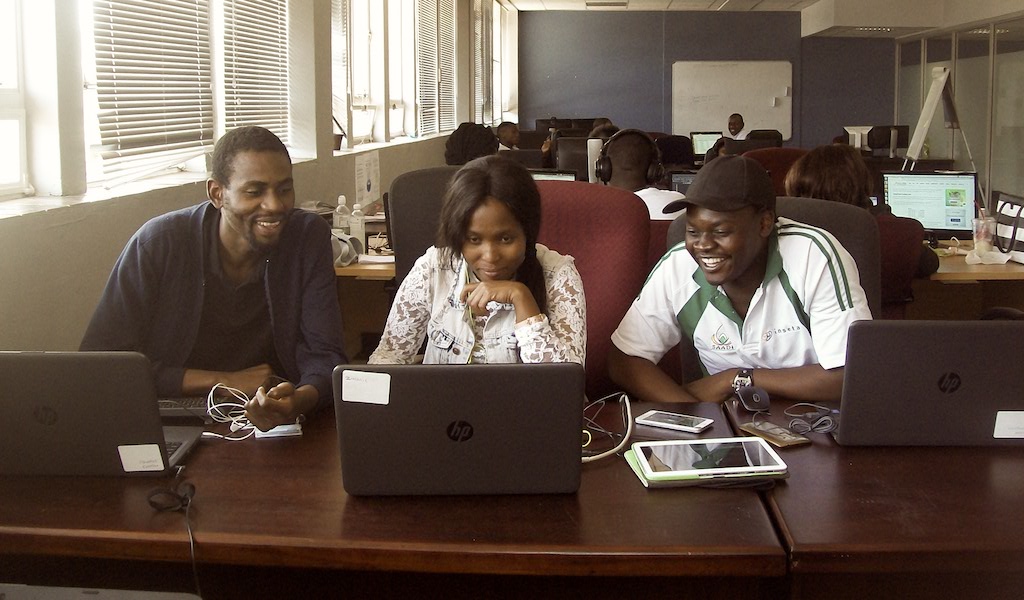 The students felt like mapping was a bit challenging and also had problems with loading the data on the database which made it hard for them to display more findings on their app. They Learned new programming languages such as Python, Django and JavaScript and they also learnt to work in different computing environments such as Anaconda and git.